The Museum of Photography structures its work around five fundamental strands:

The collection department is responsible for managing the Museum’s first four strands. Its task is to sustain the heart of the institution: its collection. Its role consists of enriching it through the follow-up of gifts or one-off acquisitions. It has to ensure optimum conservation conditions meeting international museum standards. It needs to deepen its scientific knowledge through research and the publishing of catalogues. Lastly, the department is devoted to enhancing its collection through the permanent or temporary exhibition of its museum pieces. 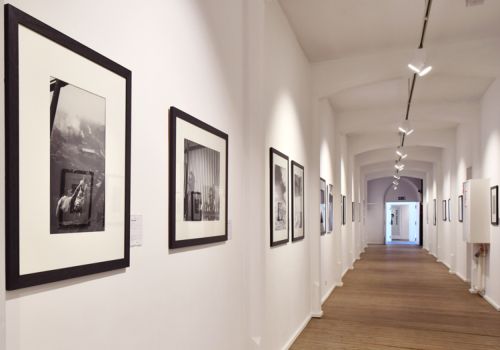 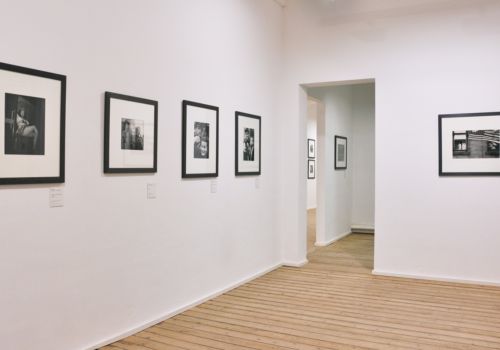 “To collect photographs is to collect the world”

Susan Sontag wrote in the first lines of a 1977 collection of essays “On Photography”.

Keeping evidence of our heritage and preserving the work of the creators who stand out as milestones in the history of the medium, with no concern for geographical boundaries, are the guiding principles of the collection of the Museum of Photography. In its early years of existence, the Museum was essentially enriched in the form of gifts of pictures related to the region and photographs of times past produced by photo enthusiasts or professional photographers. The collection is still composed on the basis of gifts, but also its own purchases or even works on loan, and continues to grow. Nowadays, it numbers 100,000 prints and 1,5 million negatives. The major collection of the Wallonia-Brussels Federation and the collection of the Province of Hainaut are among the collections of photographs consigned to the Museum. They both complement the Museum’s resources and form essential landmarks in the history of photography. The collection selection criteria concern the interest and the quality of the pictures, their representation value today while bearing in the mind that the Museum’s role is also to retain evidence, for the future, of the different uses of the medium in the society.

A journey through the permanent collection, covering the history of photography from the pioneers up to contemporary creativity, takes in nearly 800 photographs. The creative, documentary and historical aspects exist side by side to sketch as broad a panorama as possible of both Belgian and international, historical and contemporary photography. The photographic journey is structured along two separate axes. In the former neo-Gothic Carmel, the display is chronological to show photography from the first 19th-century daguerreotypes up to the seventies. As for the new wing, it proposes a thematic approach to photography making it possible to address and crisscross the different periods around a same theme. Its wide spaces, in particular, mean that it offers the opportunity to exhibit the large sizes of contemporary creativity but also the many directions that photography would take at the dawn of the eighties.

The Museum’s camera collection reflects the history of photographic practice and its technique. Its cameras include those used for daguerreotypes, together with folding cameras, Polaroids, twin lenses, field and studio cameras, reflex cameras, disposable cameras and lastly, in recent years, digital cameras. If most of the cameras in the collection date from the 1940s to 1980s, digital photography is still under-represented in the collection as a whole.

The collection has become richer over time but two major contributions should be emphasised: the R.R. Belot collection, on loan from the City of Charleroi, and its 600 or so cameras to which another 60 will be added, as a gift from the Town of Soignies. In addition to the latter exhibits, the collection has grown larger with gifts from private individuals and one-off purchases.

Some of the outstanding museum pieces :

The Museum’s collection numbers many photographic archives referred to as “holdings”. The latter correspond to a homogeneous group composed according to either their author or their type. These holdings provide coherent examples and the study of them sheds concrete light on some photographic practices.

Examples of holdings in our collection :

The collection of albums

The Museum’s collection contains about 350 albums, composed, over the years, of targeted purchases and gifts from anonymous donors or private individuals. With the exception of some commercial albums, family albums are particularly well represented. Such albums appeared in the second half of the 19th century. The album served a social function and was truly a showcase, and sometimes a luxurious one, displaying a willingness to put on a show in the presence of a passing visitor. Portraits were collected and inserted into albums intended for that purpose, referred to as carte de visite and cabinet card albums. As a result of the development of amateur photography at the turn of the 19th and 20th centuries (Kodak generation), the album was no longer mainly a means to reflect social status and became more personal and intimate. Family, travel or landscape photographs took over from studio portraits. Completed or recomposed over the course of time, these albums sometimes cover several generations over a century of time. They give visibility to the family memory and accompany the expansion of the Museum’s collection in the area of vernacular photography. 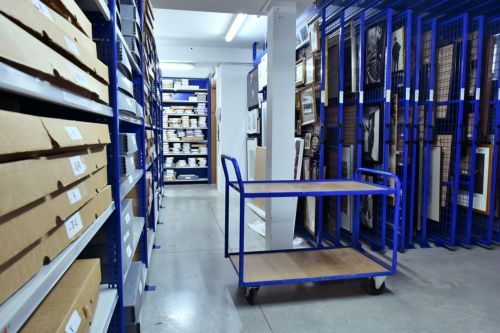 These standards, established by international museum institutions, are essential for the proper conservation of photographs. The fragile medium is particularly sensitive to outside agents such as light or hygrometry. Its manufacturing process, the elements composing it (metal, organic substance, paper, glue, etc.) and its various formats require handling with care and conserving it in appropriate areas meeting stable and controlled climatic standards. 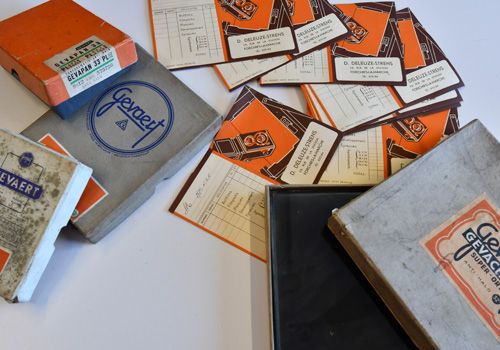 You wish to make a gift or photographs and/or photographic cameras to the Museum? Please get in touch by phone (at 071 43 58 10) or by e- mail (mpc.info@museephoto.be) with the collections department so as to communicate a description and, if possible, a visual, of the archives concerned. We will not fail to get back to you subsequently to consider arrangements for organising a meeting and making an assessment of such a gift. The Museum does, however, reserve the right to make a selection from the archives according to documentary, aesthetic and technical criteria. 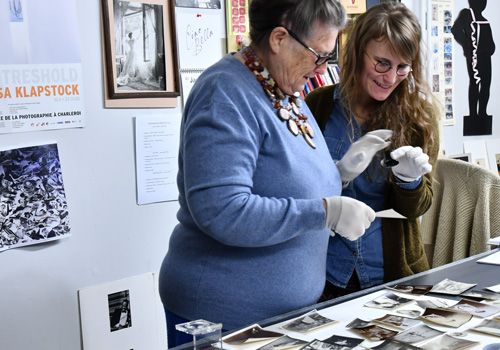 The result of being in direct contact with the collection is that we have developed knowledge,  working techniques and  specific expertise regarding this medium.  The collection department assumes the role of the Museum’s “scientific advisor”. It shares its experience of the collection internally and externally by assisting in research, documentation, identification of photographic processes, conservation of the medium, etc. It constantly complements this knowledge through varied professional contacts and  various learning schemes inside or outside the Museum. 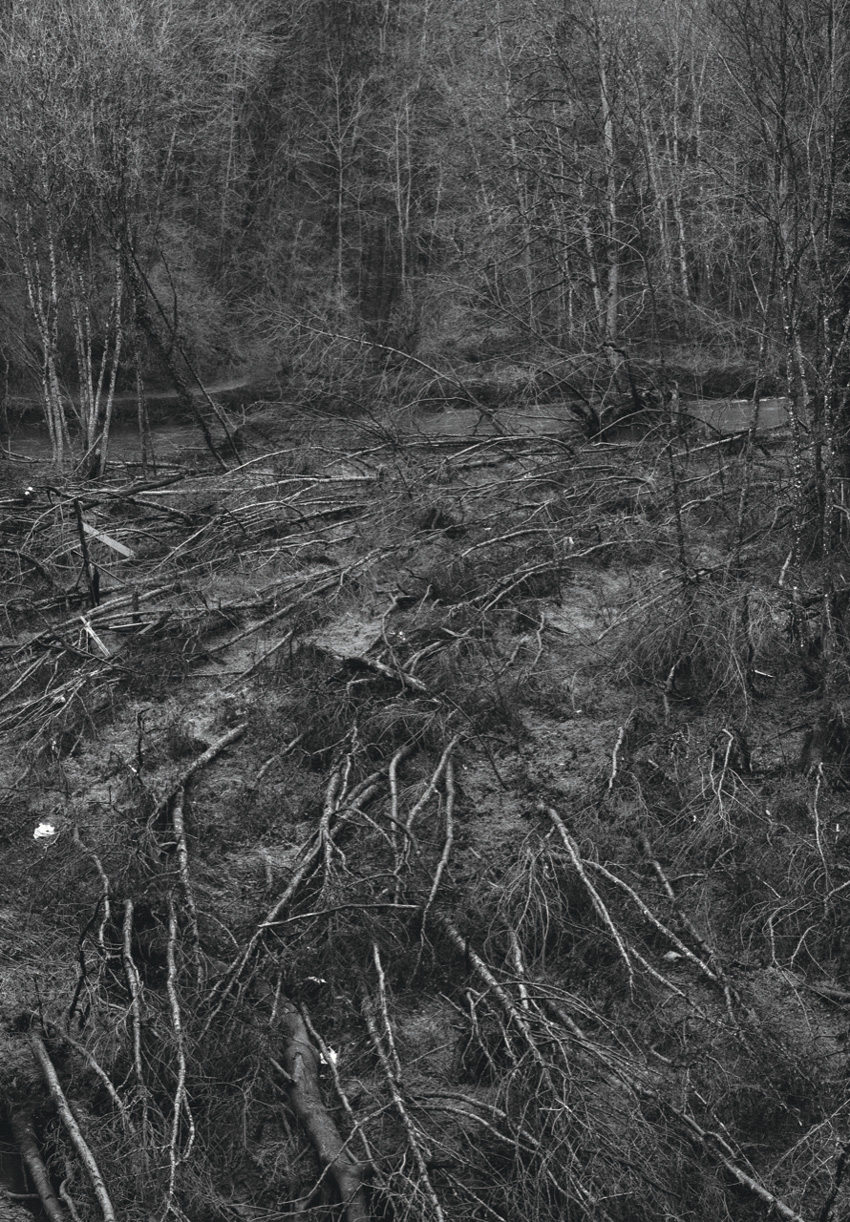 Stéphan Gladieu sought to make his own approach to the people of North Korea.